We’ve been watching the Weekly MACD Divergence on SPY setup for months. By mid-Feb the MACD was already signaling something was up. Then Mid-May SPY hit a new high, and where was the MACD? EVEN lower then the mid-Feb level. We played these divergences and we knew when the lower time frames started to diverged too, that the timing was right to make mega bucks in out of the money puts. 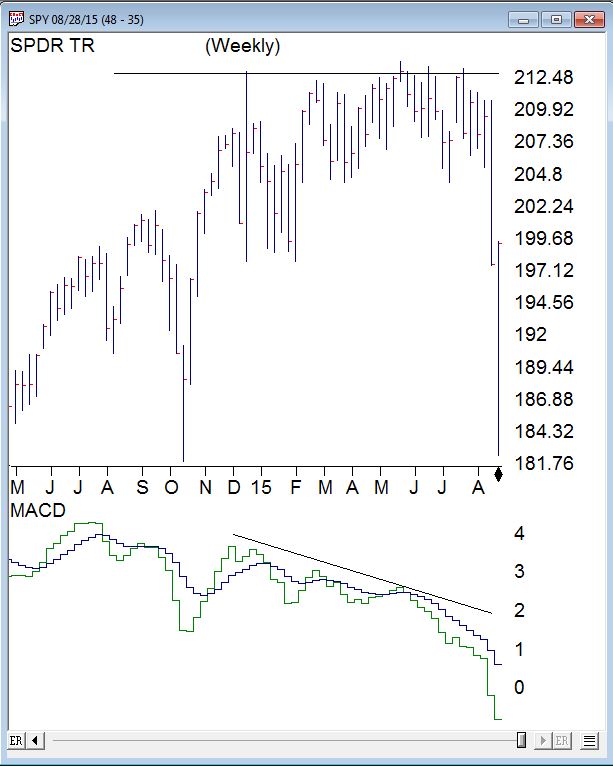 Take 6 Minutes and 35 Seconds to Dramatically Impact Your Trading

**It Bucks Conventional Wall Street and is Outside of the Box **

Get Timely insight into The Markets

Overall Market comments and individual stock analysis and review. Just for signing up we'll send you  Free 4 Laws for The trading the Markets