So the market dropped almost 400 points on 9/9/16. The VXX showed us the best divergence on the 60 minute time frame, the day before. Options Hunter subscribers to SHARPSHOOTER and BIG GAME received the update the night before and could reap the rewards from this option trading strategy.

Yesterday in the afternoon the VXX showed a pattern and
I took a VXX 34.5C .09 out 2.99. Your update last night
was welcome confirmation regarding what I saw. 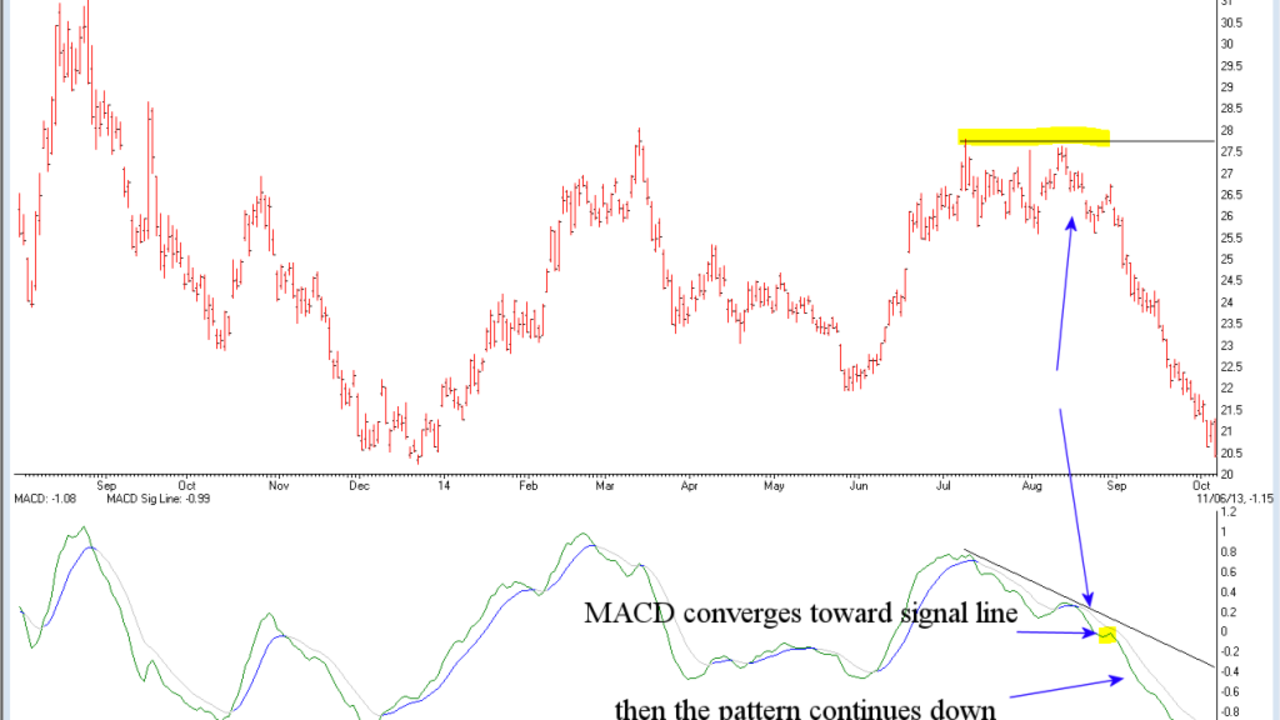 The continuation pattern in the MACD is useful for traders where they can find an entry point in a current trend. Buying into these trends using the MACD indicator, often yields high profits for the trader.

When you use the continuation pattern for MACD, always keep in mind that the values do not work in straight line. The prices move in a manner like a wave where the MACD line can be seen to head back... 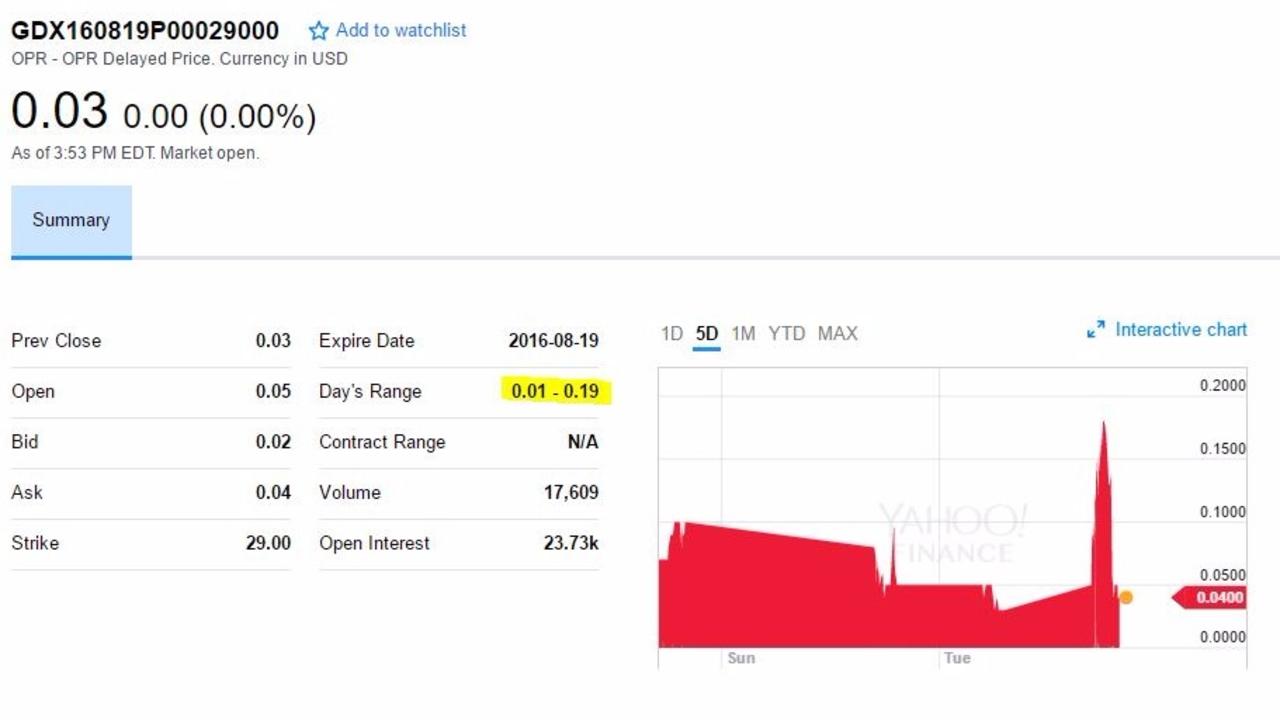 During my Tuesday, August 16 live webinar , I discussed the short term weakness in Gold Miners(GDX) apparent in the daily MACD divergence. Here’s the Chart, GDX made a new high on Friday, August 12, but the MACD clearly did not, and was in fact, lower, indicating prices should be below $30. 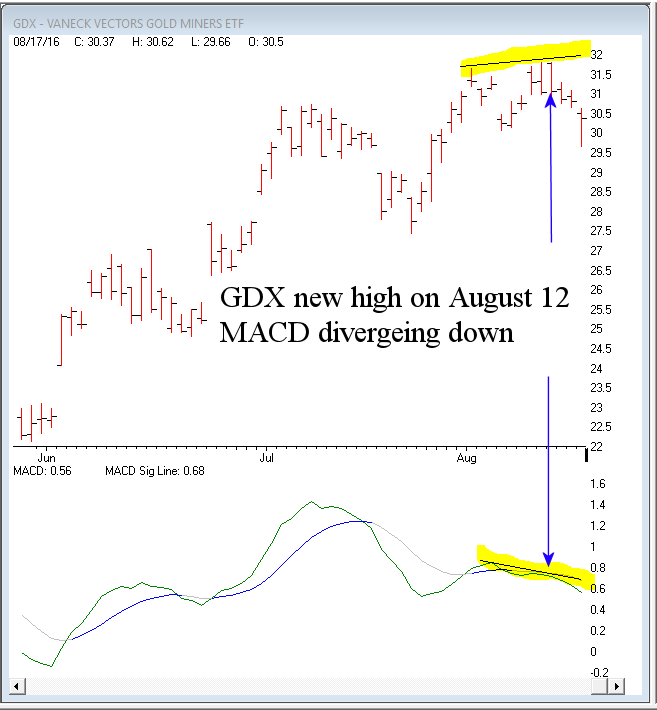 I reminded my BIG GAME subscribers early this morning with this premium tweet that only they receive. The weakness was still in place and ripe for us to exploit using our standard modus operandi; out of the money options and under 10c a contract. 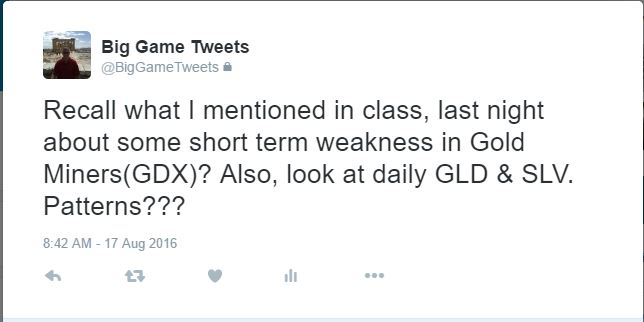 With our target under $30 the GDX $29 puts looked a good option and they were under a dime. Boy did they rise fast, as high as 19c from an open of 5c that’s pretty good for a short-term trade. That’s the power of out of the money options. 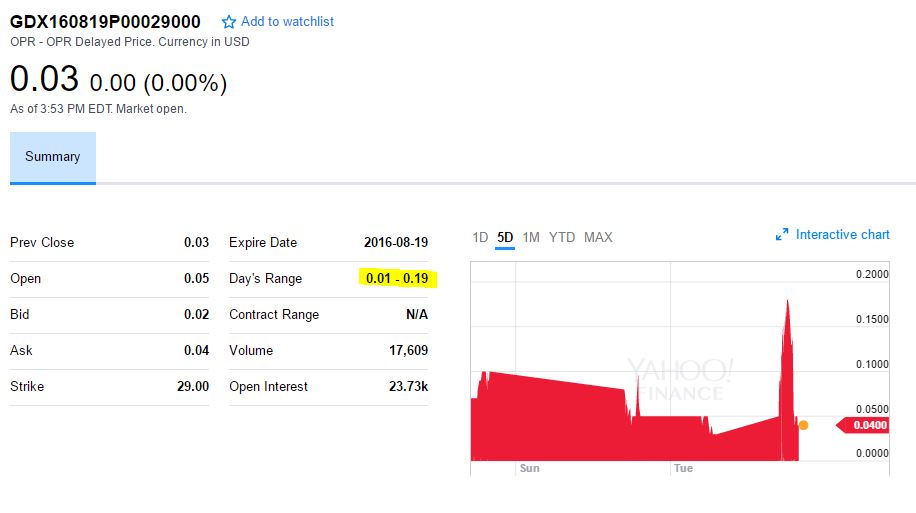 We’re not saying
I told you so, but we did!!
Airlines soared last week

This was my tweet on Monday July 11, midway through the trading day. At that time airlines had just begun to move. UAL United Continental was trading at $42.50 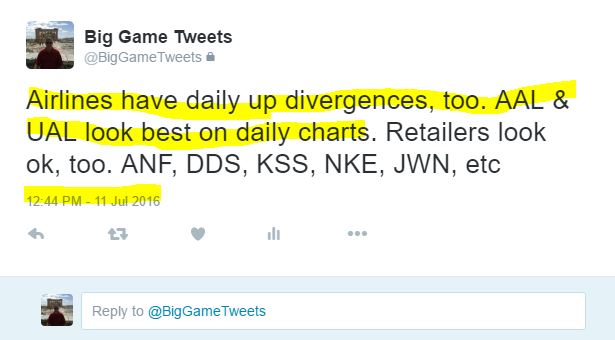 The daily divergence clearly indicated the price should be around $47!!! How do I know that? look at the slope of the MACD in the Chart below and you can see where UAL SHOULD BE. 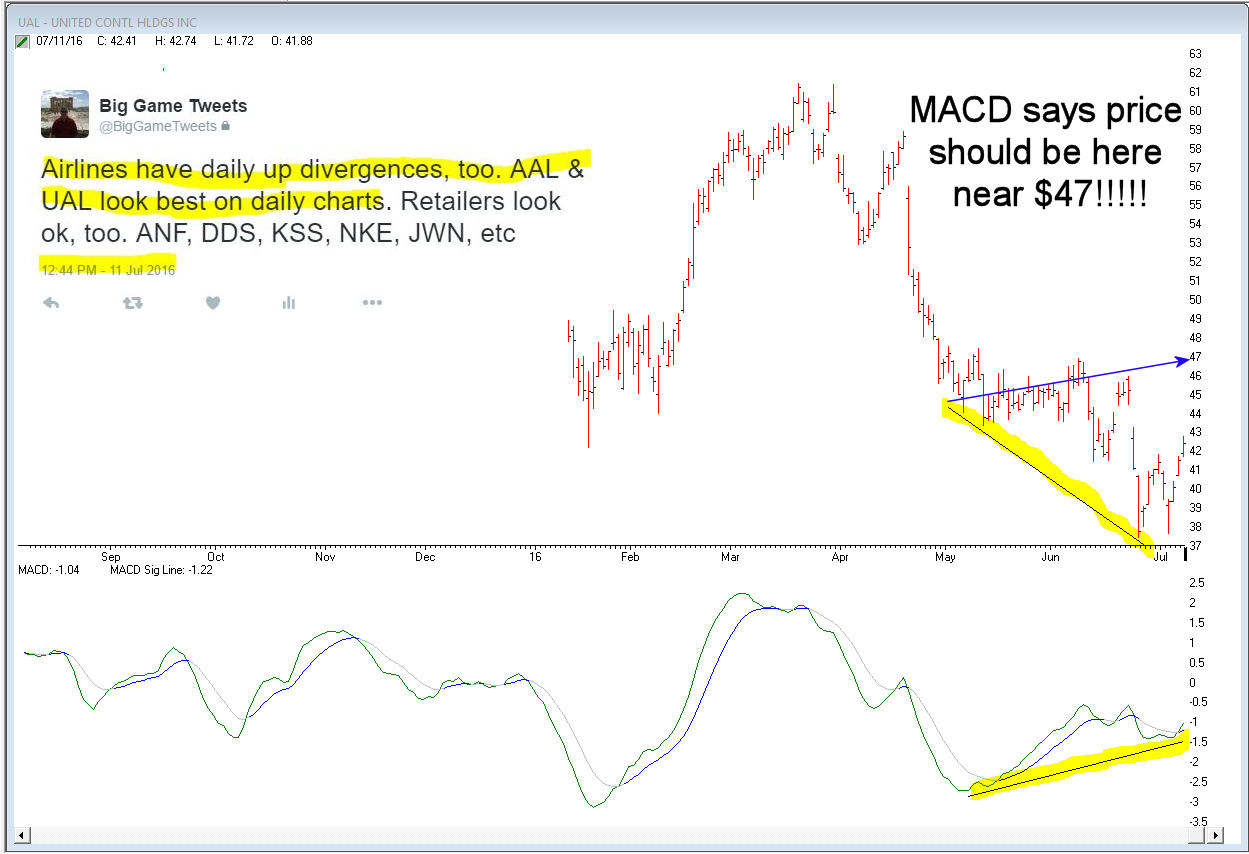